The Birth of Europe

How the European Union is getting off the Russian energy needle

The Birth of Venus by Sandro Botticelli is a strong artistic exaggeration. When the sea gives birth to something beautiful, the process looks completely different. Turbulent dirty foam, algae, and mud are scattered everywhere. At first, everything seems unaesthetic, then Venus appears.

This is how a new Europe, independent of the Russian energy needle, is born.

The gas blackmail, suffered by the countries of the European Union, is no accident. For more than seventy years, Europe has been living a peaceful and prosperous life in which everything is planned in advance and calculated step by step until old age. Here, the absence of the favorite type of foie gras on the shelf is a real stress, and Russia, despite the illegal annexation of Crimea and the occupation of the east of Ukraine, would always be regarded as a reliable supplier of gas. The gas, which was perceived as the only possible type of fossil fuel for the transition period until 2050, whereas both Germany and Belgium purposefully wanted to abandon nuclear power as early as this year.

Meanwhile, Vladimir Putin became firmly convinced of his free rein and control over Europe, thanks to the lack of real free movement of gas and the dependence of most countries on one supplier, Gazprom. The faucet to the gas pipe is in the Kremlin.

“At a biology class, the teacher asks:

‘How long does a mouse live?’

‘Well, it depends on the cat!’ Vovochka answers.” 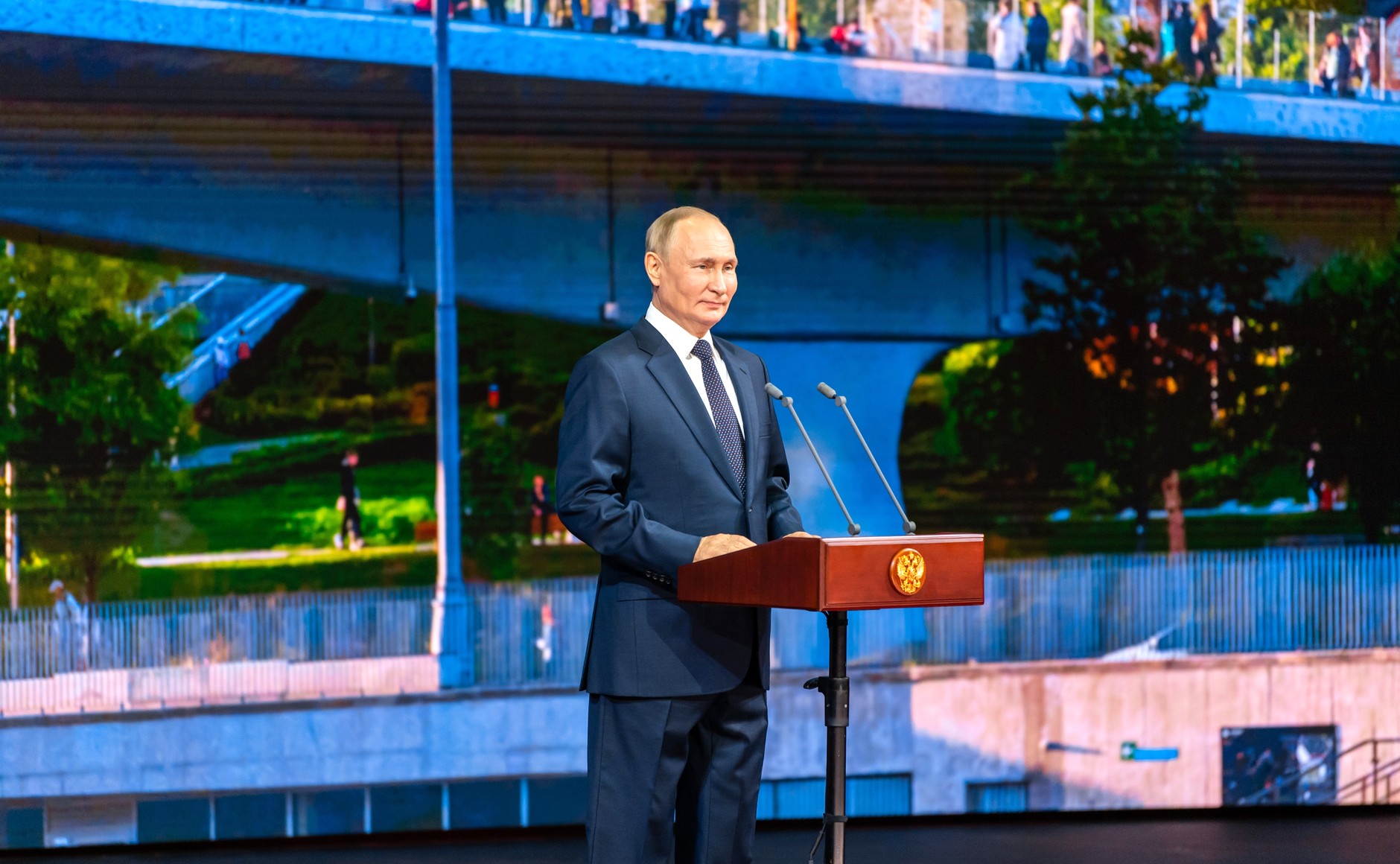 However, the mouse turned out to be not as weak and docile as the grown-up Vovochka expected it to be. The February 24 invasion finally opened the eyes of politicians and businesses. They saw, heard, and eventually realized what we had been telling them and warning them about for years. The awakening was terrifying and emotional. It came along with millions of refugees from Ukraine and terrible footage from Irpin and Bucha, as well as with a significant decrease in gas supplies from Russia and the deliberate closure of its transportation routes to Europe.

Awareness of the idea that for Russians gas is not a commodity, but a weapon. Awareness that dependence weakens defense and creates threats for the EU as a whole and for each individual country in particular. The realization that Russia and Gazprom cannot be trusted. Unfortunately, however, not everyone is aware of this yet; but an overwhelming majority has already been immunized against such an addiction.

Consequently, Europeans had to perforce leave their comfort zone. But now they are well aware that the energy crisis is not the sole challenge to overcome. The task facing Europe today is to solve the fundamental issues of its future existence, the need to test, for the first time, its willingness to adhere to its principles and values.

That is why these changes occur with so much foam, mud, arguments and micro-crises. Everyone solves them in their own way, to the extent that none of the Europeans even shuns temporary non-market measures and outright populism.

However, everything happens with a heightened sense of dignity, awareness of the price to be paid for freedom, and conscious, albeit indirect, disobedience to the aggressor, flouting everything of value, everything Western. And it’s not about having foie gras for breakfast anymore – it’s about reducing the number of minutes to take a shower and closing energy-intensive enterprises, as well as about the introduction of new taxes and redistribution of profits. Practically, we are talking about a fundamental change in energy consumption. 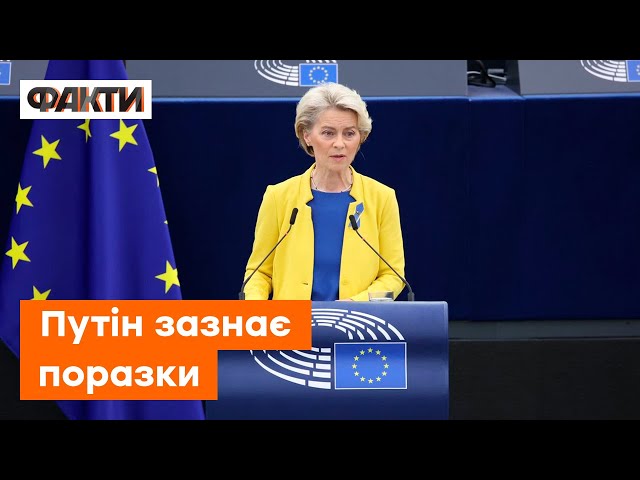 Ursula von der Leyen’s latest speech has further confirmed that the plan to change things remains relevant and clear. The European Commission is exerting pressure on bloc members to make unpopular decisions. Creation of joint reserves, instead of separate ones for each country. Joint development of energy infrastructure, namely terminals, interconnectors, including those between Spain and France. Common requirements to reduce consumption, especially during peak hours. This winter, Europeans seek to reduce consumption to 80 percent of traditional levels. Joint search for alternative energy projects, rejection of old, proven, and dangerous suppliers.

Ursula’s latest speech is not a sign of despair. This is a sign of a strong politician who knows he has a chance to win. For even in Germany, which is used to being lulled by cheap gas, most citizens support the government’s policy and are ready for discomfort for the sake of security and prosperity in the future. Meanwhile, Germany is already prepared to cut off the supply of gas from Russia, since, despite the price and all the difficulties, during half a year it was able to provide itself with gas for the winter, having 85 percent of its gas storages already filled, significantly reduce consumption, agree on at least six LNG terminals, including those planned to be connected to the infrastructure built for North Streams.

All this together will eliminate dependence and promote the emergence of new alternative routes and sources of energy. We are aware of this from our own experience, since in 2015 we began to abandon Russian energy sources. The last addiction – fuel – also disappeared. The fact that we are moving in the same direction as Europe and that it perceives us as partners is our undoubted success and a chance for an economic miracle after the victory.

Miracles will not lie in store for Russia for many decades to come. The Kremlin has completely lost its largest and most profitable market. Declining revenues to budgets, the closing of mining and related businesses, loss of hundreds of thousands of jobs and even entire cities around unnecessary wells are the realities of Russia. The reason for this is solely the desire to impose one’s imperial ambitions and imaginary “special” place on the neighbors.

It will be special indeed – without financial resources, profits, technologies, and development.

Of course, much time and effort are needed to enable Ukraine’s victory and the birth of a new Europe. Europe requires major surgery this winter and heavy post-operative rehabilitation, which needs to be done swiftly and en marche. It’s not just a delicate work, but an equation with 27 variables, with everyone having their own vision. I think, if it had not been for such intense pressure from Russia, it would be impossible to agree on all these integrals and to realize that energy carriers will no longer be cheap – therefore, we will have to change the paradigm of consumption and learn to live by European rules.

Therefore, this winter is the crisis that created an opportunity for Europe to survive, win, and benefit in the medium term. A strong and independent Europe can already be seen behind the foam and mud. With Ukraine, without which there would be no strong Europe.

Read this article by Lana Zerkal in russian and Ukrainian.