The worst happened, although it was predictable

I apologize in advance to the readers for the pain caused. But in fact, the one to apologize should be the Ministry of Defense headed by Oleksii Reznikov: during the great war it seems to have increased its appetite for embezzlement. I am only talking about the actions of the rear paper pushers, which, in my opinion, are aimed at undermining the state’s military capability.

From a source in the Armed Forces, I managed to get a contract of the Ministry of Defense on food services in 2023 for military units stationed in Poltava, Sumy, Kyiv, Zhytomyr, Chernihiv, and Cherkasy regions far from the contact line. I will emphasize once again, we are not discussing the hottest part of the frontline, where delivery can really make any purchase more expensive.

Also, the agreement on food for soldiers in the same region in 2021 has been preserved at the disposal of ZN.UA (we will return to this “preserved” later) (document 2). Therefore, we can compare the purchase prices of food for the military both with current prices in stores and with prices before the war, of course, considering inflation.

For comparison, I have chosen Silpo chain of grocery stores in the residential area of Kyiv. Goods from the places of their production must be transported to it as far as to the military in Poltava, Sumy, Kyiv, Zhytomyr, Chernihiv, and Cherkasy regions. In the food catalog for the military, there are hundreds of items in total, including  even chilled sturgeon. However, we understand that from this entire assortment only simple food will be supplied to the soldiers. That is why we will focus on them.

The prices of the most popular foods turned out to be 2-3 times higher!

So, the Ministry of Defense contracted eggs for UAH 17 per piece, while the retail price in any Kyiv store is now about UAH 7 per piece.

Potatoes were ordered at the price of UAH 22 per kilogram, while the retail price in the store is UAH 8–9.

Chicken thigh was ordered for UAH 120 per kilogram, and the price in the store is UAH 80.

Moreover, we compare prices enshrined in the contract with retail prices, which already include both the manufacturer’s profit and the store’s markup, they are a priori higher than wholesale prices. See more detailed comparison in our infographic (figure 1). Well, the attentive reader will notice that the contract is not only about procurement, but also about the provision of catering services. May this be the reason why it’s more expensive? No, if you delve into the document, you will see that, indeed, the services are fixed there as a separate item of expenses in the amount of UAH 30 million, i.e., 0.2 per cent of the total amount of the contract; it’s not 2 per cent of the sum and is definitely not included into the agreement twice.

Before the invasion, in 2021, the prices in the contract for the food of fighters in the relevant regions were the following: eggs for UAH 3.6–3.9 per piece, potatoes for UAH 10.56, and chicken thigh for UAH 67 per kilogram. Even if to consider inflation, the difference is still impressive since the increase in prices for the year was 26.6 – and not 266 – per cent. If we take into account the abnormal increase in the price of eggs by 99 per cent for the year, then this year they should cost a maximum of UAH 8 per piece , not UAH 17. And if someone remembers how much they spent on food a year ago, they should see that the deviation from the market prices for products in last year’s contract of the Ministry of Defense was relatively insignificant – up to 20 per cent.

The current contract in the amount of UAH 13 billion was concluded by the Ministry of Defense with Active Company LLC. This company has a share capital of UAH one thousand and is registered at the mass registration address in Kyiv – on Dehtiarivska Street, 25A, letter L. In 2021, the tax service revoked the VAT payer’s certificate of this company due to the lack of supplies and failure to submit declarations.

In 2019, Active Company LLC made its debut in the criminal proceedings of the National Police No. 12019100100003229. With a view to participating in the tender for the supply of beef to penal institutions and remand prisons of the State Criminal Executive Service, the company allegedly submitted a forged certificate that did not correspond to reality.

The first founder of Active Company in 2016 was Tetyana Hryhorivna Sheremet. Previously, she was the director of the subsidiary Odesa Military Trade of the State Enterprise of the Ministry of Defense Department of Trade of the Operational Command South.

That is, Active company is most likely a dummy corporation created by professionals in the field of food supply for the military. This company already had small government orders in previous years, but its star shone only now, when information about the procurement of the Ministry of Defense was completely hidden from Prozorro (a fully online platform that ensures open access to public procurement (tenders) in Ukraine).

As mentioned above, ZN.UA still has the 2021 food contract for soldiers, because it was published at that time. It was published completely openly in Prozorro. But with the beginning of the Russian invasion, the state decided to hide information about all military purchases, including those made in previous years. Now the old tenders of the Ministry of Defense look as shown in fig. 2.

There was no doubt that even before the invasion, the Ministry of Defense was making a profit on supplies of food for the soldiers worth billions of hryvnias. It was not for nothing that there were scandals, and the monopolist pushed competitors away even with the help of people’s deputy from the Opposition Platform – For Life (a banned pro-Russian political party in Ukraine) Oleksandr Ponomaryov. His Russian citizenship was found even before the invasion, and with the beginning of hostilities he “dissolved” in the occupied territory in Berdiansk.

But I have already mentioned, then the purchase prices were published in Prozorro, and they were inflated not as shamelessly as now. And after the complete concealment of purchases, the Ministry of Defense allowed itself to order food 2-3 times more expensive than at the market. The difference is not one or two billion, but UAH 13 billion.

It is also worth mentioning that the December agreement with Active Company was signed by Bohdan Khmelnytskyi on behalf of the Ministry. This is the same director of the state procurement department, who was subjected to searches this summer in relation to the embezzlement of ammunition supplies for the military. In March, following the beginning of the invasion, Khmelnytskyi organized a scheme with a contract for the supply of body armor with a Turkish company, which was supposed to receive the goods from a Bahraini company. The Ministry of Defense paid USD 580,000 in advance but received nothing at all. After the search of Khmelnytskyi, the department stated that no suspicions were raised against him, hence he kept signing agreements. ZN.UA, from a source in the Cabinet of Ministers, has access to a document similar to the State Bureau of Investigation (SBI) report on the investigation of the purchase at inflated prices and inadequate quality of boots for the military, where Mr. Khmelnytskyi is also a key figure; and a document about a working meeting devoted to issues of supply to the Ministry of Defense and initiated by First Deputy Prime Minister Yulia Svyrydenko (documents 3–5). These events of August 2022 were confirmed to us by several independent sources, including the SBI. Apparently, they did not become an obstacle for further abuses at the Ministry of Defense. 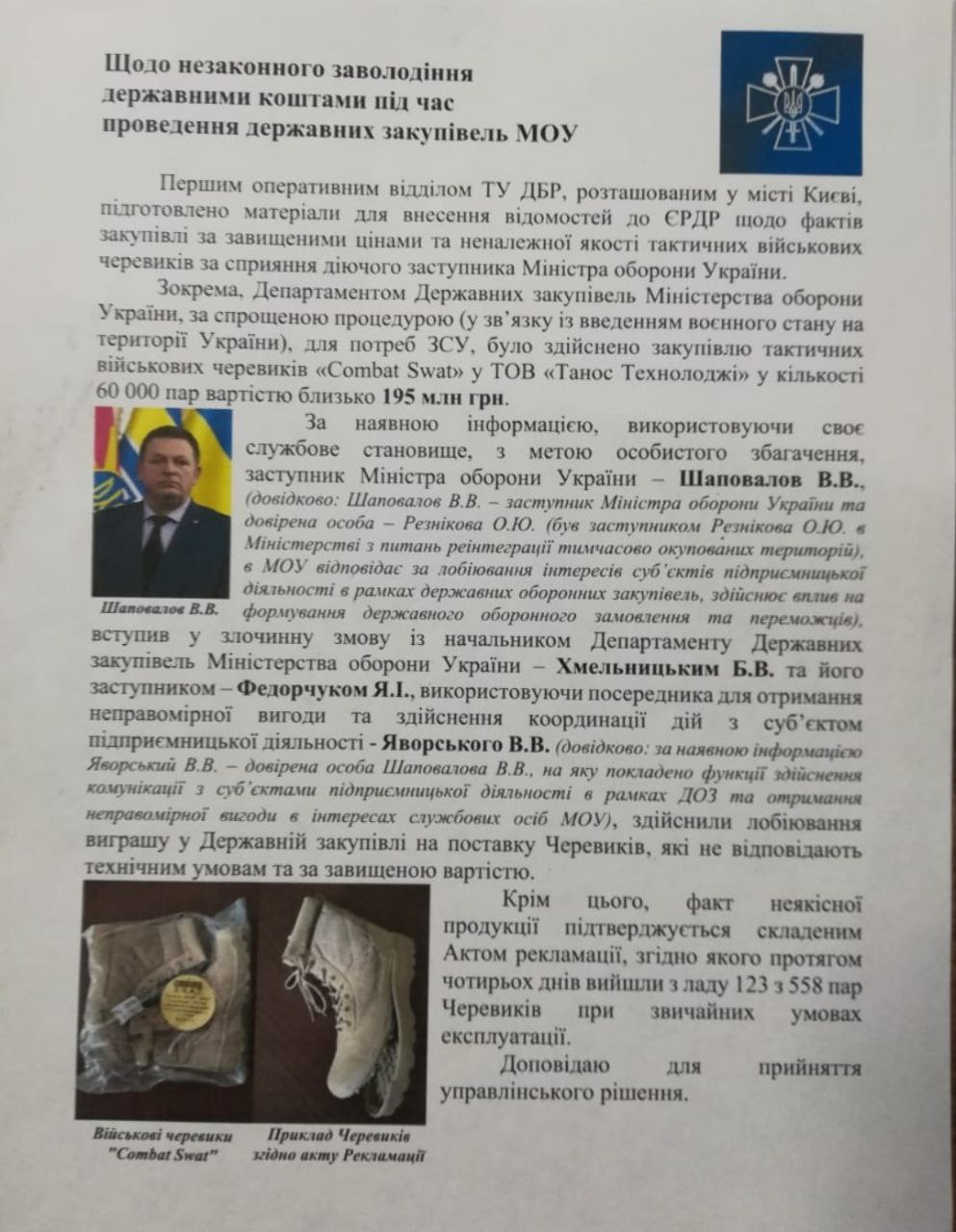 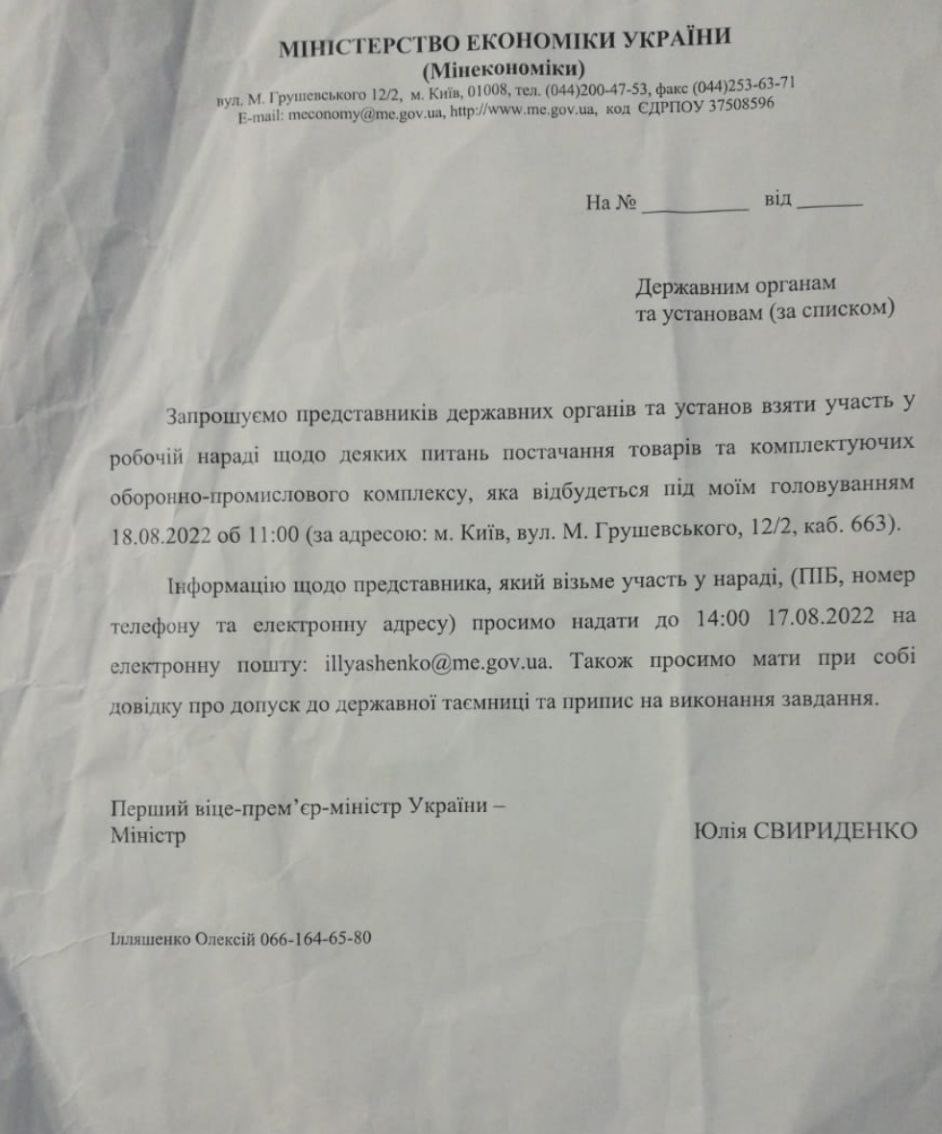 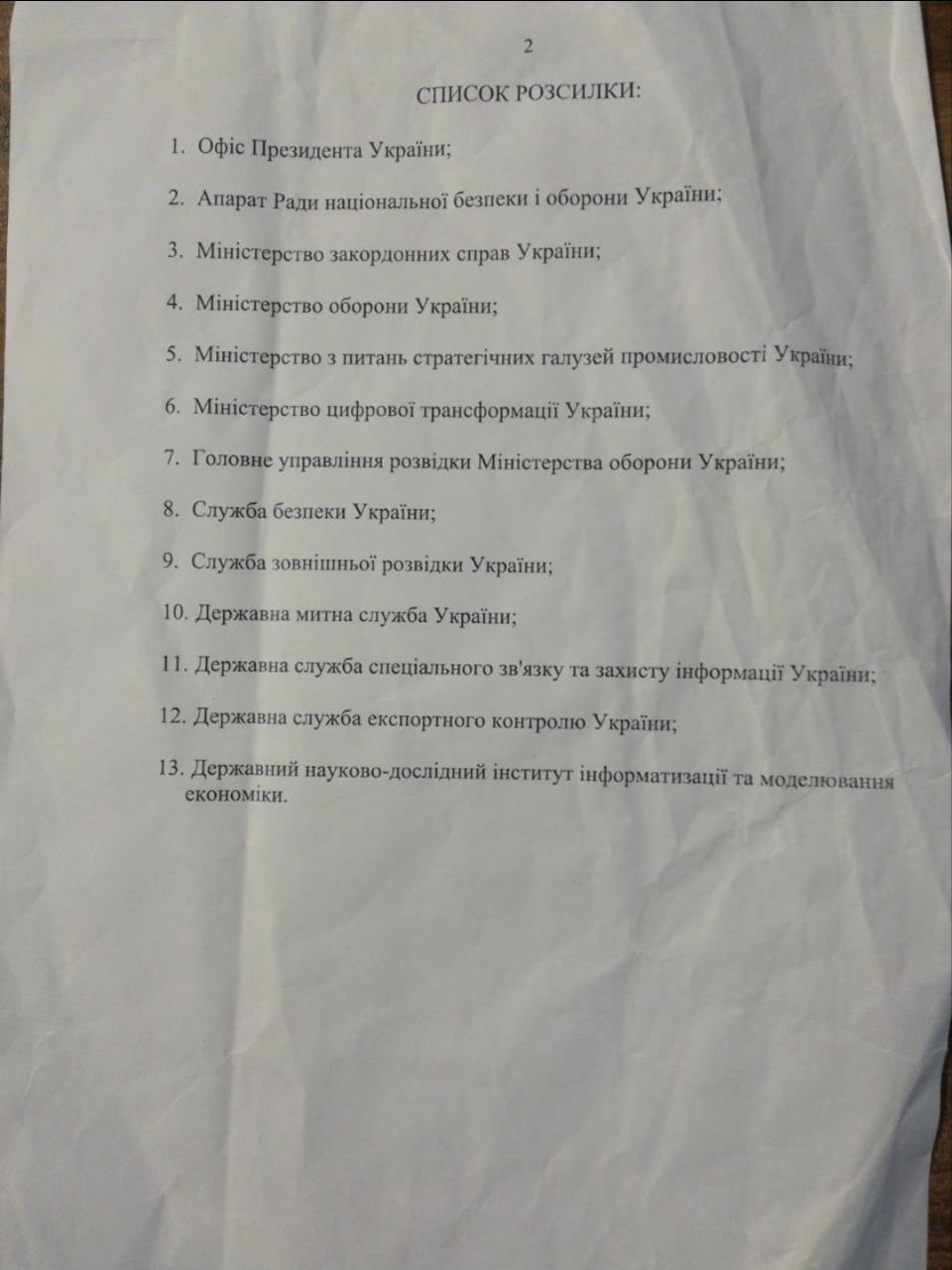 So, let’s put it in a nutshell. As the invasion started, the Ministry of Defense got complete freedom to purchase food and supplies for military personnel in an opaque manner. As a result, we see overpriced purchases. Meanwhile, the Ministry of Defense takes the liberty to hide information even from the Verkhovna Rada, refusing furnishing information on the purchase prices for body armor and winter clothing.

It is a dubious decision to make such information public in the midst of a military confrontation. Of course, if the Ministry of Defense wishes to respond to our official request, we will update the text with its position. But so far, we have not received any answers to any of our questions about how the ministry analyzes the prices in the signed contracts, how such markups are justified, and what, in the opinion of the department, is an acceptable margin for the supplier.

We would like to remind the readers that at one time the Minister of Defense Yurii Yekhanurov was dismissed from his post for a similar story with inflated prices, described in ZN.UA. Only then was 2009 without a war, neither local nor large. And the current bet of both the MoD and Bankova (the street where President’s Office is located) on the media trend “they will be buzzing for two days and calm down” is no less infuriating than the distribution of army money.

All this is happening on the background of a complete sense of impunity of the minister who does not get out of the air of the “Unified telethon" as the savior of the nation. The minister believes that Mavik drones, which are the most popular among the soldiers of the Armed Forces, are absolutely “useless.” Still, it is this type of UAVs that volunteers deliver in hundreds so that our army has eyes on the front. Yurii Kasyanov confirms this more than reasonedly in his article for ZN.UA.

Ok, the public can help the authorities with price control as well, if need be. It is enough for the President’s Office to simply return the price per unit for the goods purchased by the Ministry of Defense for publication in Prozorro. We don’t need neither data about the amounts of contracted goods, nor about warehouse addresses. Only about the price of potatoes, body armor, and army boots. We will help the rear guys to get back to normal.

Read this article in russian and Ukrainian.

Prepared by : Eleonora Zhuravleva
Stay up to date with the latest developments! Subscribe to our channel in Telegram
Noticed an error?
Please highlight it with the mouse and press Ctrl+Enter or Send Error
ADD A COMMENT
Text contains invalid characters

ADD A COMMENT
Characters left: 2000
Log in to be able to comment on content Submit Comment
Last The first Popular Total comments: 0
Show more comments
Please select one or more items (up to 3 items) that you think defines this comment.
Please select one or more items
Cancel Submit a complaint ОК
FOLLOW US ON SOCIAL NETWORKS
Author
Articles by the author All articles by the author All authors
НОВОСТИ ДРУГИХ РЕСУРСОВ
Report a typo: