In the pursuit of the Hague: why we need a hybrid justice mechanism

The sixth month of full-scale aggression is coming to an end. And in society, in addition to the demand for victory, another demand is becoming more and more tangible - for justice. We do not know when the active phase of hostilities will end, but it is obvious that it is the demand for justice that will accompany Ukrainian society for decades. Justice in our case is the punishment of the maximum number of perpetrators for all grave crimes committed on the territory of Ukraine over the past eight years: from the political elite of Russia and Belarus to a soldier who carried out criminal orders.

However how to satisfy this request? The number of war crimes and crimes of aggression registered by the justice authorities since February 24 alone is already approaching 30,000. Obviously, the national justice system will not be able to cope with such a scale.

In my opinion, a worthy response to this challenge is a hybrid justice mechanism.

The hybrid mechanism of justice combines national and international elements at several levels: investigation, prosecutorial supervision, judicial practice. This provides obvious benefits: the transfer of experience, increased confidence in investigations and a chance for Ukraine not only to punish the perpetrators of international crimes, but also to build an effective justice system.

Why is this important particularly now?

What was the problem before? It was obvious to most Ukrainians that Russia's armed aggression against Ukraine had been going on since 2014. However, until February 24, the Russian Federation pursued a conscious policy of imitation of the subjectivity of the temporarily occupied territories of Donetsk and Luhansk regions in an attempt to convince the world that the conflict in Ukraine is not of an international characterAnd accordingly, that Russia is not a party to the conflict. And even the occupation of Crimea in the minds of many people was not perceived as classical aggression, because there were no military operations for the peninsula, as, for example, it was in the territories of Donetsk and Luhansk regions. Therefore, Ukraine had to concentrate on proving the fact that it is Russia that exercises effective control over the quasi-entities and that the conflict is precisely of an international character.

And from the moment of a full-scale invasion, when the issue of proving the international nature of the conflict is no longer so acute (at least no one will deny the participation of Russia as a party to the conflict), we can focus on the development of a hybrid mechanism. 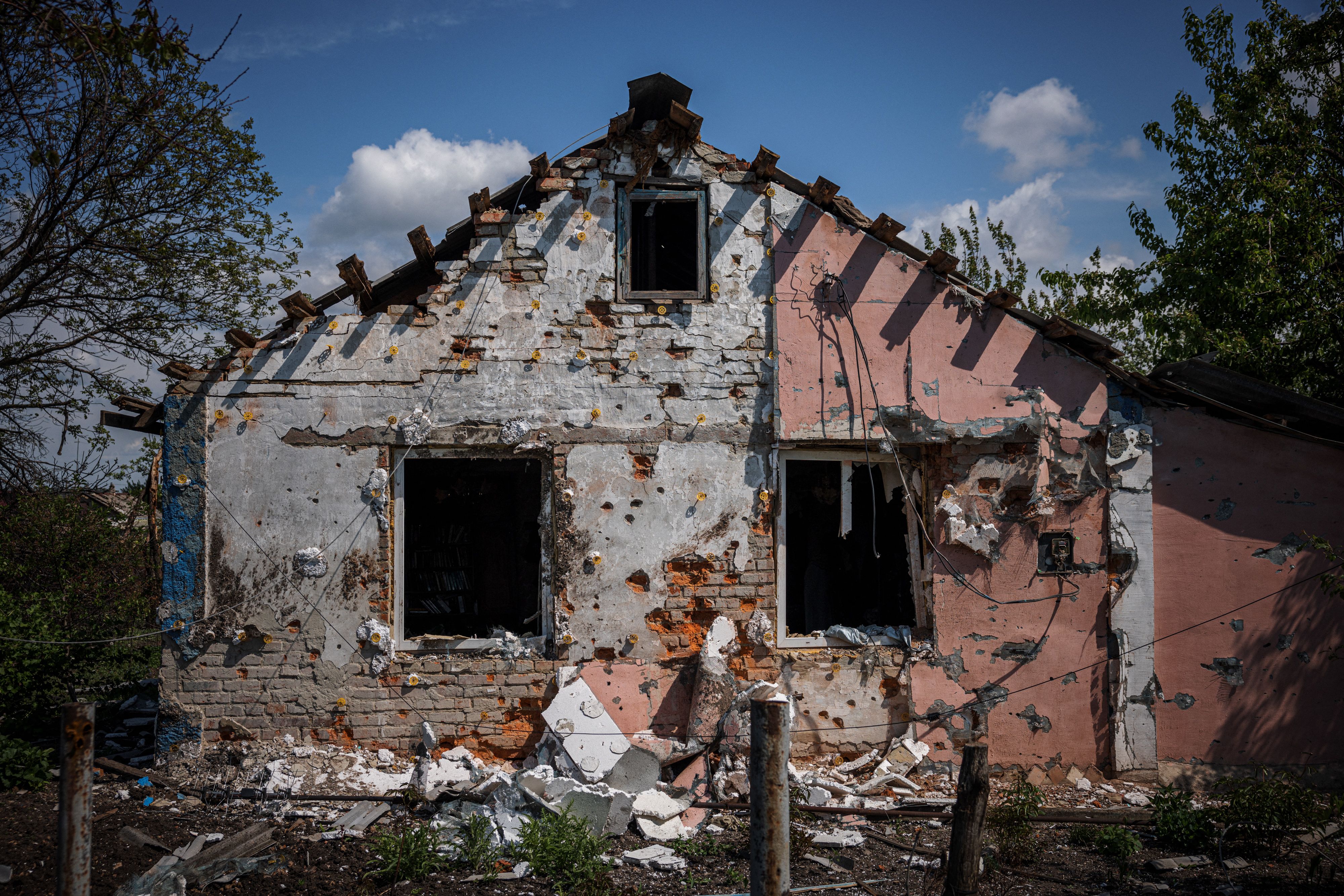 Investigation of international crimes is indeed a challenge, because there are not so many people with high expertise in the investigation of international crimes in our investigation bodies, and the number of registered crimes is growing day by day. Until 2019, that is, before the creation of a specialized department in the UCP, Ukraine at the state level did not systematically investigate serious violations of international humanitarian law. Accordingly, the majority of the staff does not have experience with international legal documents and understanding of the peculiarities of collecting evidence in an armed conflict or without access to a crime scene (and in our case, sometimes it is entire cities). There is also no systematic approach to coordinating the investigation bodies. All this leads to low efficiency.

And here we can be helped by an international element - the involvement of judges, prosecutors, investigators, experts who have many years of experience working specifically with international crimes.

The demand for justice includes different dimensions. This is the establishment of facts, and the responsibility of the perpetrators, and the protection of victims, and various compensations. Along the way, it is important to avoid bias and ensure a sufficient level of expertise. Ukraine, as a party to the conflict, cannot fully ensure impartiality. After all, the victim cannot objectively judge the offender. Moreover, the cases of convicted Russian servicemen Shishimarin and Kulikov showed that the effectiveness of the Ukrainian justice system in dealing with international crimes is still in doubt. Many Ukrainian human rights activists and international experts criticize these cases for several reasons: for too fast consideration, which negatively affected the quality of investigations, for insufficient definition of the chain of command, and for not questioning important witnesses. 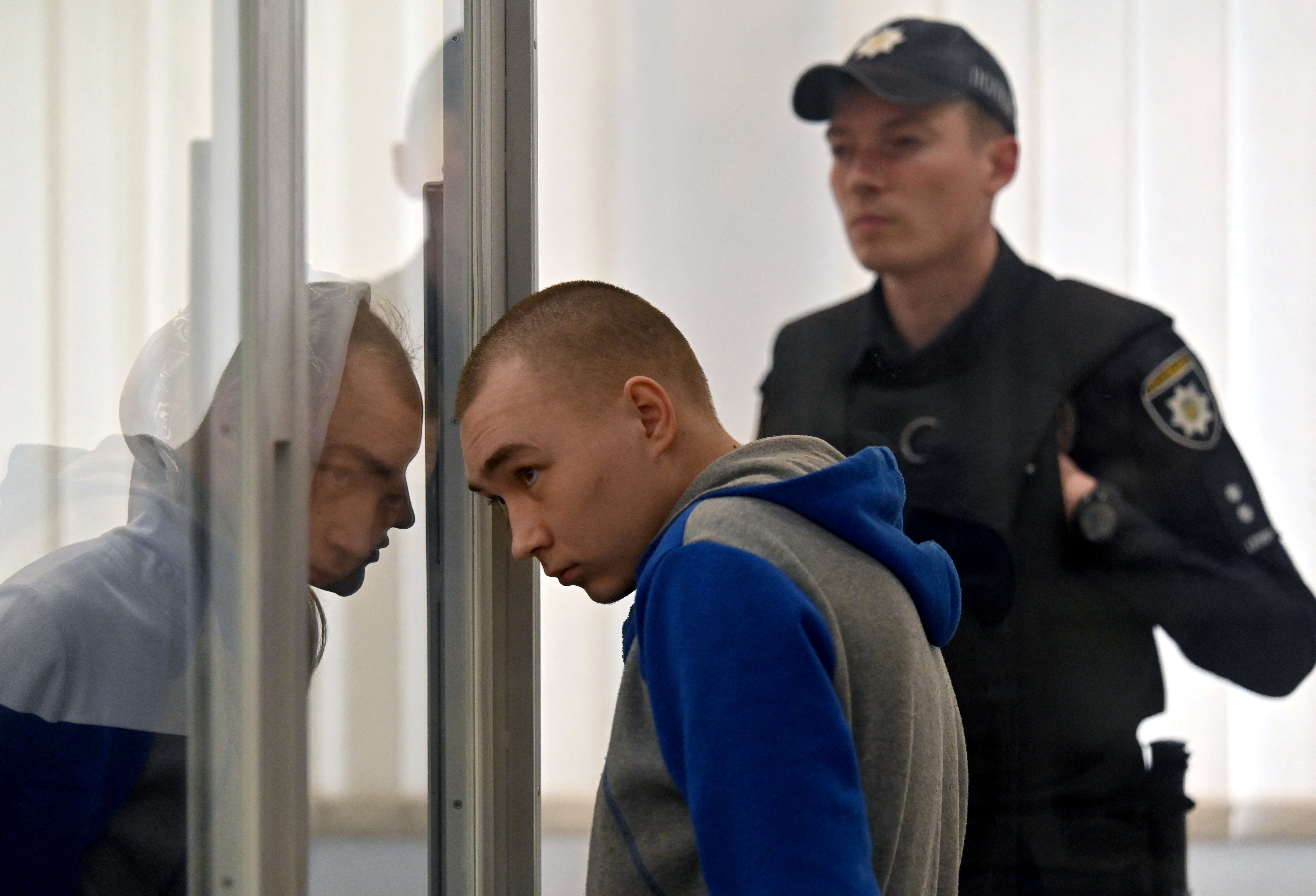 In both cases, the commanders of the defendants, who, according to them, gave criminal orders, were exchanged. Accordingly, the sentences passed are also questionable. The Ukrainian justice system is now under close scrutiny and we should not give reason to doubt our objectivity. Therefore, the path of "show trials" to the delight of the public is obviously not ours. Moreover, the Russian Federation has already gone along with it, uploading a video with “cages” in which they are going to keep our Azov servicemen during the so-called “trials”. Any parallels with similar medieval processes will harm us.

And it is the international element that can solve this problem.

In addition, we have another objective circumstance that may prevent us from satisfying the request for justice - a different number of POWs  from Russia in comparison with ours in their camp. The exchange of POWs is generally a political process, and it is quite normal. But in the event of an exchange of war criminals, we will create social tension. Imagine that we ourselves will hand over the criminals who killed and tortured Ukrainians in Bucha, Chernihiv, Mariupol... Are we ready to do this? A hybrid justice mechanism can ensure the objectivity of investigations and the primacy of law over politics. I am sure that criminals should be brought to justice and serve their sentences.

The very construction of a hybrid mechanism of justice involves legislative changes. In particular, the creation of a legal framework for the work of international experts, the establishment of the principle of universal jurisdiction, etc.  In simple words, we should prepare our legislation for a long process of establishing justice and punishing the guilty.  After all, now the work of the involved foreign experts is work on the ground, investigative actions and forensic medical examinations. And this participation itself is not regulated by law, which casts doubt on the entire investigation process. Ukrainian legislation, for example, does not provide for the possibility of involving the conclusions of international experts in the materials of criminal proceedings within the framework of the national investigation. All these problems need to be addressed as soon as possible. For Ukraine, this is another chance to build an independent, impartial and strong justice system.

Now the Ukrainian authorities are leaning towards a different scenario - to create a separate tribunal for aggression. However, the tribunal for crime of aggression, considering only one type of international crimes, will not solve the problem with others, the most massive ones. Because the ICC or the national justice system will not be able to effectively deal with such a number of war crimes, as well as possible crimes against humanity and genocide. And it is precisely the hybrid mechanism of justice that can simultaneously overcome the immunity of senior officials, contribute to the development of the institutional viability of our bodies and ensure the objectivity and impartiality of the process. This is how we are most likely to approach satisfying the greatest public demand - to punish the guilty.

As a reminder, the Ukraine Accountability Conference was held in The Hague in mid-July. There, representatives of 45 states signed a common declaration and agreed to cooperate in the investigation of possible international crimes of the armed forces and administrations of Russia in Ukraine in order to ensure the responsibility of those accountable.

On the eve of the conference itself, another important event took place — a workshop of Ukrainian and international non-governmental organizations “Assessing opportunities and challenges in accountability processes in Ukraine”. The Ukrainian side was represented by members of two NGO coalitions – “Ukraine. 5 am” and “Tribunal for Putin”. The discussion resulted in a joint statement, which was presented directly at the conference by the director of ULAG, Nadezhda Volkova, and the coordinator for international cooperation of the Center for Civil Liberties, Alexandra Drik.

And it was one of the recommendations of the NGOs that was the creation of a hybrid justice mechanism.

Read this article by Gyunduz Mamedov in russian and Ukrainian.